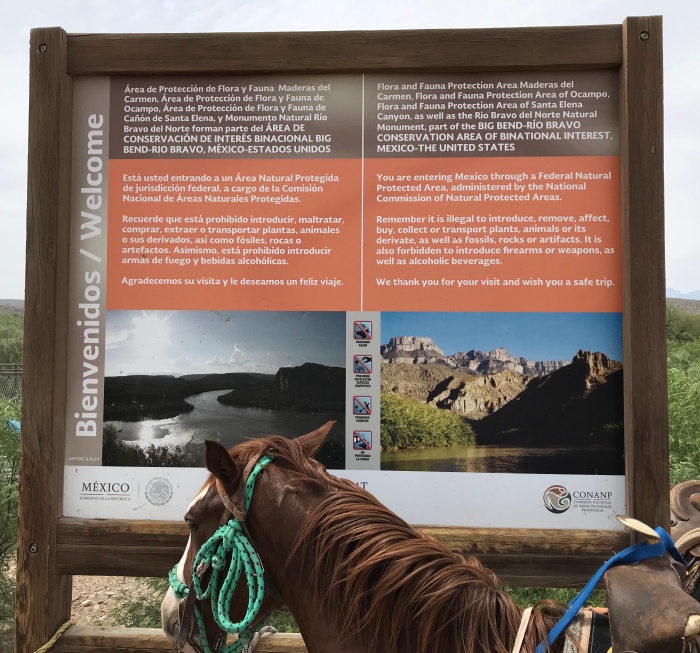 A joint U.S.-Mexico park along the Rio Grande would send a message of cooperation when the loudest words are of division.

Mr. Reicher was a member of the first reported expedition to navigate the 1,800-mile-plus Rio Grande. Originally published in the New York Times, March 14, 2019

Nearly 75 years ago, an American president was eyeing a grand project along our southern border, not to divide the United States and Mexico but to bring the two nations together. On June 12, 1944, a week after D-Day, President Franklin Roosevelt signed legislation establishing Big Bend National Park, almost a million acres along the Rio Grande in West Texas.

He followed up with a grand challenge to President Manuel Ávila Camacho of Mexico: “I do not believe that this undertaking in the Big Bend will be complete until the entire park area in this region on both sides of the Rio Grande forms one great international park.” Mr. Camacho agreed.

Still, the building of a great international park along our southern border, rather than a grim medieval wall, remains an elusive goal. But if there ever was a moment for it, this is it, and particularly in a place where time and the flowing river have already carved truly great walls along thousand-foot-deep canyons.

With the ending of the war, President Harry Truman took up his predecessor’s cause, writing President Camacho to reiterate American interest in the binational park. But Mr. Camacho’s tenure ended in 1946, President Truman had bigger challenges, and the idea sputtered for decades.

In 1977, I was a member of the first reported expedition to navigate the entire 1,800-mile-plus Rio Grande. The highlight of the journey, sponsored by the National Geographic Society and Dartmouth’s Ledyard Canoe Club, was Big Bend, where an international border neatly drawn on a map dissolves into the muddy waters of the Rio Grande. Etched in my memory are sweeping cactus-filled deserts, soaring pine-dotted peaks and a lone Mexican cowboy riding across the river to round up a stray.

Big Bend continued to draw presidential attention, including from President Ronald Reagan and President Miguel de la Madrid Hurtado. They signed an agreement in 1983 “for protection, improvement and conservation” of the border area. In 1994 Mexico established the Maderas del Carmen protected area, and in 2000 a Mexican corporation, Cemex, conserved additional borderlands that helped re-establish bighorn sheep and black bears. 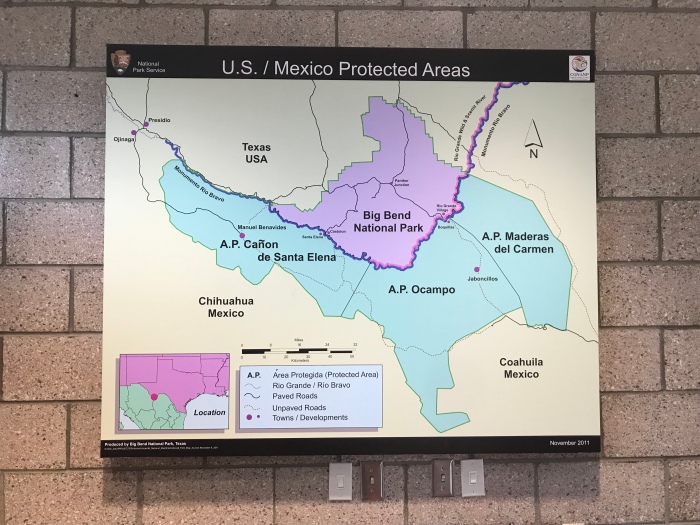 These protected areas on both sides of the Rio Grande could form the backbone of a new international park that would recognize them as a single ecosystem and provide for collaborative management by both countries.

About a decade later, President Barack Obama and President Felipe Calderón signaled their interest in joint protection of Big Bend, and American and Mexican officials developed a plan for “protection and preservation” of the transboundary region. Nothing came of it in Congress. Nevertheless, after decades of work, more than three million contiguous acres — substantially larger than Yellowstone National Park — are now protected on both sides of the Rio Grande, along with more than 250 miles of river frontage.

With the 2016 election, the chant to “build that wall” seemed to drown everything else. But interest in the Roosevelt idea is still alive on both sides of the river, even as President Trump seeks billions more for his wall. So what’s the case for an international park?

The pitched battle over Mr. Trump’s wall has focused on border security and immigration policy. These are critical issues, with lives at stake. But in the midst of this heated dispute, what if we could actually strengthen day-to-day relationships among people living on both sides of the border, without seizing any private land, and also enhance security in the process? An international park would send a strong message of cooperation and hope at a moment when the loudest words are about division and despair.

A jointly managed park would recognize the region as a single ecosystem and encourage collaboration by focusing the two nations on shared environmental and climate challenges along the border, like droughts, floods and wildfires, and invasive plants and endangered species. Joint efforts at habitat restoration and water conservation would increase river flows, discourage illegal crossings and support agriculture. And the park would increase tourism, helping struggling people on both sides of the river.

The park would be managed like its United States-Canadian counterpart, with the United States and Mexico retaining separate authority over their respective lands and park visitors carrying required documents as they cross from one side to the other. At the same time, park managers, with high-level support from both Washington and Mexico City, could collaborate on everything from search and rescue and wildlife protection to scientific research and native plant restoration.

Republicans have a strong tradition, extending back to Teddy Roosevelt, of supporting parks and international conservation. Republicans and Democrats recently came together in overwhelming numbers in Congress to approve a sweeping land conservation bill. Protecting natural areas is not an alien concept for Republicans, even these days.

On the Democratic side, Senator Tom Udall of New Mexico is a strong supporter of the idea. His father, Stewart, was instrumental in enacting the Wild and Scenic Rivers Act as head of the Interior Department in the Kennedy and Johnson administrations. That law protects 196 miles of the Rio Grande in Texas and 68 miles in New Mexico.

Across the river, President Andrés Manuel López Obrador sees Mr. Trump’s wall as “an attempt to strong-arm and humiliate Mexico.” But he also understands that “Mexico and the U.S. are bound not only because of the common border, but by a shared culture and history.”

A great international park that connects rather than divides our two nations would honor that relationship and stimulate important collaboration at a perilous time. Franklin Roosevelt would be pleased.

Dan W. Reicher, a Stanford lecturer and research fellow and board member of the conservation group American Rivers, was an assistant secretary of energy in the Clinton administration and director of climate and energy initiatives at Google.

View all posts by Rick LoBello

One Earth, One Time

One Earth, One Time